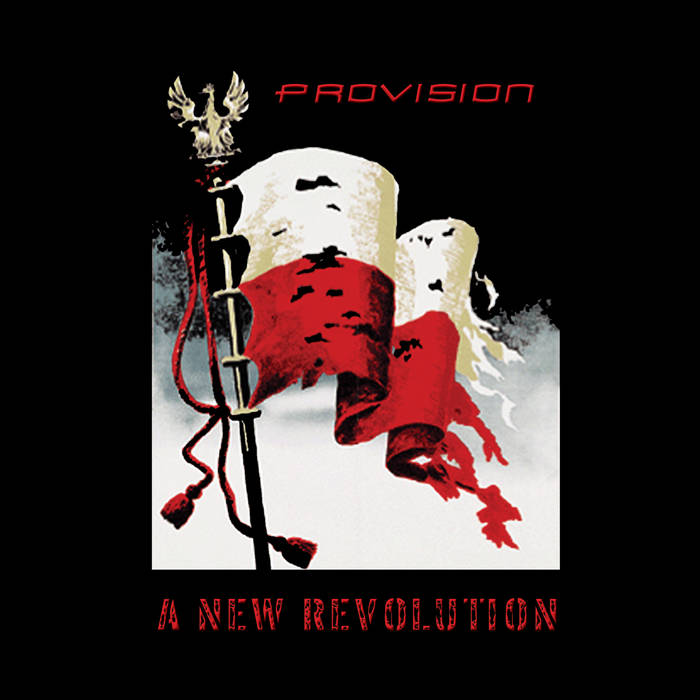 RrJj Provision does pretty hard synthpop- they are a bit more aggressive than others, like B!Machine, but they have the right balance of emotion and rocking tracks that puts them in league with a band such as The Echoing Green- and that is a very good thing.
A New Revolution is both a continuation and departure from their last album 'Paradigm Shift;' lyrically they switch to more broad themes of revolution and politics but the music continues in the steps of previous work, just more refined. Favorite track: Innocence.

Unappreciated Scholars This is Provision's greatest work. I enjoy all their albums, but this one is the one that I've had in regular rotation since its release a few years back. The album as a whole is great from beginning to end. Favorite track: How It Ends.

Provision frontman Breye 7x coined the term “Darkpop” in 2012' to describe Provision’s unique style of Synthpop with tinges of Dark Wave woven through Industrial Dance; while crafting Dark Pulses that can only be described as The Provision Sound.

A New Revolution marks a return to Provision’s signature style of Edgy Synthpop and Industrial Dance, which they pioneered on their Debut Album “Evaporate”, along with a ton of new sounds; and a nod to minimalism.

For the first time ever, fans will hear subjects of Social and Political content; intertwined with songs that long for change, uprising, identity, faith, promise, and closure.

This release is the 2nd Provision album to have been written, recorded, and produced by the same writing team for 2 consecutive albums by the band of Jen 'Skully' Kiser, Matt 'Maddy' WIllis, and Breye '7x' Kiser which is known as the "Triad Era" of the band.

With "A New Revolution", Provision has crafted an album that is as Dark and Edgy, as it is Synthpop. It's everything you would expect from the band, while moving forward and pushing boundaries as always!! This is Darkpop!

A New Revolution is "Signature Provision" through and through.

Longtime fans, as well as newer fans who only recently discovered Provision with their 4th album "Paradigm Shift"; will find this release to be as Classic as it is New. The name simply says it all.

The wait is over. The Revolution is Here!!!

Get it here digitally for Name Your Price / FREE or buy the physical C.D. and get the digital download, both for just $5.00!!

All music and lyrics conceived at various times & places from
2011 to 2012 by Jen Kiser, Matt Willis, and Breye Kiser.
Except "Innocence" written by Breye Kiser & Leslie Hyman
in 1999, and reworked by Breye Kiser in 2011.