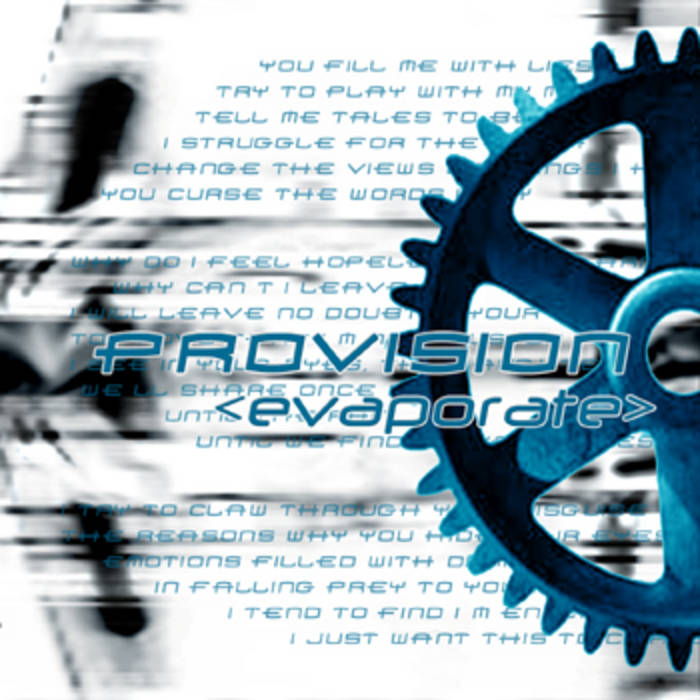 Self described as "Electronic Dance with an Edge", Provision quickly drew comparisons to Red Flag, Anything Box, Celebrate The Nun, New Order, Information Society and Cetu Javu; when their debut album Evaporate was released in 2002'.

By infusing elements of Classic Progressive Dance, Synthpop, Industrial Dance, and an underlying essence of Dark Wave; the Provision sound was born!

Evaporate was released the day before Provision performed in Los Angeles at Synthcon 2002, where just 2 days later they won "Best New U.S. Artist" in the American Synthpop Awards; thus solidifying their name and sound in the Synthpop world.

Provision's relentless self promotion and performances during their Liberation (Regional) and Evaporate U.S. Tours, quickly gained the attention of electronic record labels in the U.S. and abroad; and they proudly signed with U.S. label A Different Drum in late 2003.

The initial pressing of Evaporate sold out in early 2004, and was re-issued in a 2nd pressing for Provision's U.S. Visualize Tour in late 2004 / early 2005 where it again sold out.

Evaporate is currently only available Digitally.
Get it here digitally for Name Your Price / FREE!!

Provision plans to re-release this Debut Album on
Vinyl and C.D. in the near future.

Recorded at Red Square Digital in Houston, Texas
from November 2001 to February 2002.