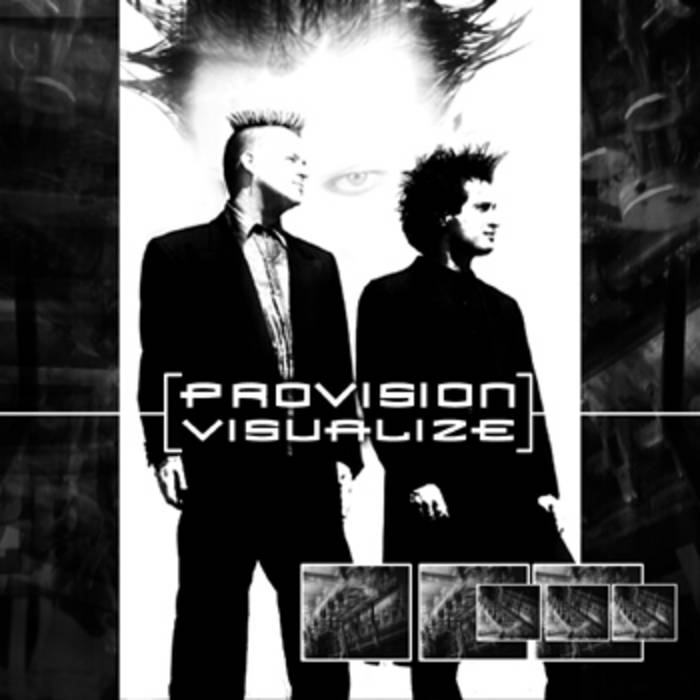 zadfootball They are awsome rad love the band .

In 2004 Provision signed to the worlds largest Synthpop record label - A Different Drum, and released their 2nd album Visualize.

Visualize carries you through the darkness and into the light, with new eyes looking to the future. Told through a story of regret, jealousy, lust, selfishness, new beginnings, love, fate, apathy, and condemnation.

Provision became a shining light in the Synthpop underground while performing numerous live shows with energy and frequency in touring the United States in 2004 and 2005 to support Visualize.

This Limited Edition version of Visualize was a 2 C.D. featuring a Bonus Disc with 2 Extra Provision Tracks - Insecurity & Replicate.

The 2 C.D. release is out of print and only available digitally now unless you can find a copy on Discogs, Ebay, Amazon, etc...

Your purchase includes the digital graphics for the Album Cover, 8 Page Booklet Outside and Inside Pages, Both Compact Discs, and the Tray Card!!

Recorded at Red Square Digital and Covision Creative Studios in Houston, Texas from November 2003 to April 2004.